It's a sad day in the design world as we learn of the passing of branding great Wally Olins.

If you don't know who Wally Olins was, I'll let him tell you, in his own words:

"I am “the world’s leading practitioner of branding and identity”. It must be true because The Financial Times says so. I try to be direct and clear. I simply tell my clients the truth as I see it, without too much gloss or varnish because that’s what I’m there for. Of course it’s nice to be nice. But it’s also nice to be straight. I can’t stand people who don’t return phone calls and are generally sloppy, but apart from that I’m told I’m reasonable to work with. And I like having a bit of a laugh."

Wally Olins worked with European companies like VW, BT and Renault to rebrand, create identities and tell stories. He wrote an excellent book on branding, "Brand New" and taught a lot about sustainability and growth and adaptation and the role of corporation in global community. He was, really, just brilliant.

It is perfectly possible to sustain the core idea – ‘price and choice’, let’s say for Tesco, or ‘fun and enjoyment’ for Coca-Cola – over generations, provided that you keep adapting your product range, the way you look, the way you talk, how you sell, where you sell and the way you act, to the way the world around you is changing. And the world is changing fast. The world is interested in, and sceptical about, the company. The world is poking its nose in. (Brand New - Chapter 4, page 68)

You've for sure seen Olins' agency's work at the 2012 Olympics logo. Love it or hate it - he created messages that you interacted with and responded to.

So, goodbye Wally Olins. Thanks for all you taught us.

"I am writing about it all now, because I won’t be here to see it and listen to people telling me how wrong I was." - Wally Olins, Brand New - forward 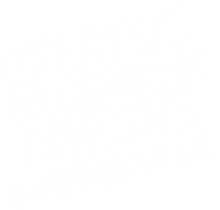 Every morning we wake up early, open the windows, stretch, pour a pot of coffee and set out to be the best little marketing firm under the sun. Join us?